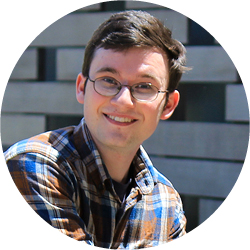 Alexander Ford Griffith is the Valedictorian of the Class of 2018 from Berkshire Community College. He’s also extremely eclectic, and has passionately studied 30 languages – after first learning to speak Hebrew, starting at the age of 12.


Alex’s mother went to college for nursing, and later became his home school teacher once he reached kindergarten age. His father went to college to be an electronic technician, but for the past 30 years, he has been a self-employed disc jockey and clown. Alex grew up surrounded by entertainment, as his father would make balloon animals and juggle for Alex and his two sisters at their home that their father rebuilt in Cummington, MA.

Alexander was an entrepreneur from a young age and a self-starter – he had his own lawn care business in his teenage years. “I gravitated to economics early on – and this helped me maintain my business at a young age. I also had help from a friend who showed me how to bring optimal service to my customers. At one point, I had 12 clients.”

In the hills of Cummington, Alex found a deep connection to nature and early on in his life, wanted to be an ornithologist, because he was interested in the birds in the woods that he and his sisters would play in around their house. Shortly after his affection for birds, Alex started coin collecting, which, as he tells it, changed his life.

“I really became aware of the world and geography, because of these different coins from all over the map,” Alex says. “But as I would begin to identify where a coin was from – I would then become inquisitive about the language associated with that area, and from that I would gravitate more and more toward that language – and that’s really where my vocation came from.

“Ever since I was 12 years old,” Alex continues, “I have dedicated myself to language.”

After being taught Hebrew by a friend of their family for a year, Alex was hooked. “After I had the taste of learning one language, I knew I had to learn more.”

By 14, Alex knew a substantial amount of Russian, Arabic and Greek. Over the next eight years, Alex would study over 20 languages, gaining fluency in some.

“I know that my destiny is in language.”

As he was preparing to graduate from high school, he was told by his sister that BCC was awesome and that he had to come. For Alex, he knew cost was important and he knew a lot of people who were attending BCC. So, with the support from his sister, it was an easy decision to join the College and study foreign languages – including Spanish, French and American Sign Language.

While a student here, Alex committed himself to maintaining a 4.0 GPA, to joining different volunteer groups, and to creating projects like the AstroShire County, that he debuted at the First Annual Undergraduate Scholars Conference in the fall of 2016.

“I’ve always loved astronomy,” Alex says, adding another notch to an ever growing list of eclectic tastes. “And I thought it would be such a fun idea to imagine the solar system mapped to the size of Berkshire County – and help people understand the distances between objects in our solar system on a smaller scale.” He accredits this idea to the inspiration he received from Professor Tom Tyning.

One of Alex’s favorite memories from his years here at the College was his Service Learning activities with Katie Hickey, the Assistant Director of Food Services, where they cultivated and maintained the BCC vegetable garden together (which is still flourishing to this day). Alex had been a gardener at his home for five years prior.

“I think of BCC as a garden itself honestly,” Alex says. “We’re growing leaders from students – and teachers are gardeners themselves in a way.”

Alex also considers Lois Cooper, who is a Professor of Foreign Languages, “his mentor, inspiration, and friend.”

Now that he’s graduating, he’s attending UMASS to study Linguistics and Anthropology. Alex, with the help of Lois Cooper, managed to earn a scholarship for language and culture. He believes cultures have enriched his life – from his love for cooking and music, to coinage – different cultures have piqued his curiosities throughout his young life and shaped him to be who he is today.

After graduating with his bachelors, he wants to get right into field work as a Language Surveyor, which is someone who learns and documents undiscovered languages. “I want to be an explorer of language and help their speakers gain a voice that can lead to the establishment of education systems that reflect these people and their unique culture before it goes extinct in the face of other dominant cultures.”

Language has always been the driving force in Alex’s life since he was 12 years old. This passion led to a sense of self-awareness, purpose, and destiny.

As he leaves the College and continues on his journey, his advice for new or current students is simple - be dedicated to your work, adding: “Treat each of the subject’s you are learning as if it is your life’s work. Be dedicated, creative, resourceful, open minded and inspired. Make these subjects your own, and it will help you find your vocation.” 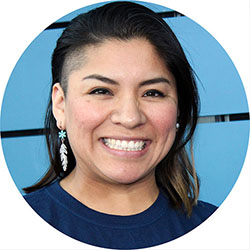