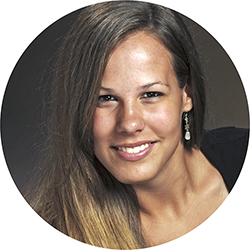 
Upon meeting Jackie Quetti, the first thing you are sure to notice about her is the contagious laughter and her ear-to-ear smile. She's friendly, helpful and knows a thing or two about sugar cravings and delicious comfort food, which she attributes to her training at BCC.

Jackie, who is currently majoring in culinary art, dreams of one day opening her own diner.

"I like the 70's style retro," says Jackie, whose affinity for creating tasty treats began with Audrey Sussman's Kitchen Management course. "I really love to bake too; cakes and pastries are my favorites!"

What is far less obvious about Jackie is that she was diagnosed with Epilepsy, a chronic neurological disorder characterized by seizures, at age five. "I had always had absence seizures, or brief staring spells, that usually lasted for several seconds. Two years ago, I was a senior in high school and I had a grand mal seizure," says Jackie. "It was a very scary experience for me and my family."

Jackie, who is part of a triplet, has two fraternal sisters and an older brother; she is the only member of her immediate family with Epilepsy.

"My parents and I discussed the possibility of my going away to school and we decided that I should start out at BCC first. Both of my sisters go away to school and it was a little tough for me," Jackie admitted. "As I got into the semester and became involved on campus, I felt a lot better about the choice. I do long for the opportunity to go away for college, though."

She takes medication to control her condition and Jackie has not let it bring her down. Instead, she created an event to raise awareness, and money, for Epilepsy research. On Saturday, September 17th, Jackie and her mom coordinated the 3rd Annual Western Massachusetts Walk for Epilepsy held at Farnham's Crossing on the Ashwillticook Rail Trail in Cheshire. The three mile walk raised more than $16,000 in 2011 for a three-year grand total of over $44,000.

The money raised goes to support services and education for Epilepsy research through the Epilepsy foundation of Massachusetts, Rhode Island, New Hampshire and Maine," said Jackie.

With more than 150 walkers and supporters throughout the community, Jackie says that the walk has helped her open up about the condition.

"The walk means a lot to me. When I was younger, I felt uncomfortable talking about it [Epilepsy]. After the grand mal seizure happened, I wanted to get out and help others understand how this affects people and raise overall awareness about the condition."

After graduating from BCC next year, Jackie intends to transfer to a culinary school to continue her occupational training. She credits her professors and the Student Government Ambassadors (SGA), a group charged with encouraging interaction among BCC students, with making her experience at the college a good one.

"I have a lot of friends here from SGA and I really love the teachers I've had," said Jackie. "SGA has helped me and other students who are shy when they first arrive on campus. I like to talk to new students to see if they'd like to get involved and to help make them feel comfortable too."

"Jackie is an inspiration to me every day with her beautiful smile. That smile helps me get through the day," said Beth." Whether it is her academic work, work on the Student Government or her work with the Epilepsy Foundation, Jackie's commitment and dedication is extraordinary. She is a remarkable young woman who will continue to achieve great things in her life."

For more information the Annual Western Massachusetts Walk for Epilepsy or to donate, please visit http://www.firstgiving.com/fundraiser/jackie-quetti 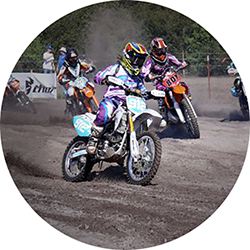