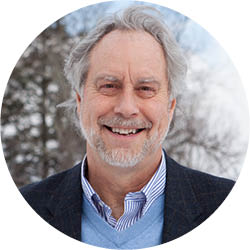 Kevin grew up in Lee, MA and when he started at a Massachusetts state college he realized that he just was not ready to be a serious students yet. “I didn’t connect with the college experience. I was the first in my family to attend college and I had worked pretty much full time (after school, weekends and summers) since I was 12 years old, so I didn’t return after my freshman year and I got a pretty good job at Lee Marble.”

After nearly one year though he decided that he should give college another try and that it actually might be the better choice for him. Looking back, he knows that he made the right decision when he realized that a professional life suited him better.

Kevin started at BCC as a business major. But after he got involved with after school activities, student government, and a very successful student newspaper that led him to sports reporting for the College, he decided that he wanted to become a sports reporter and changed his major to Physical Education and Recreation.

“Then I met the then Director of Student Activities, Gary Lamoureaux, and I became enamored of his role at the college. It was a job I didn’t even know existed until I arrived at BCC. Gary was professionally involved in all the activities that I gladly had taken part in as a student. I thought that was a pretty cool thing for a job; get paid for helping students do all the things after school that I enjoyed doing as a student. I was hooked!”

Kevin had found his role model. He asked Gary how he got involved in student activities as a career choice “and the rest is history, as they say. It turned out he majored in Recreation at Greenfield Community College and UMass, so I thought that academically I was on the right track.”

Gary introduced Kevin to other student activities directors around New England which shared with him how they got into the field. Eventually Kevin copied them all, got his Bachelor’s and Master’s and landed a job as Director of Student Activities and Athletics at Bunker Hill. “It was my dream job!”

Besides Gary Lamoureaux, who had an undeniable impact on Kevin – “I owe all that to Gary” – he emphasizes the quality of all his classes and professors at BCC.

“My classes were amazing to me. I never knew that education could be so interesting and fun until I arrived at BCC. We had such wonderful faculty who very much turned me on to studying and learning, something that didn’t happen at the state college.”

It is clear that Kevin had a plan when he left BCC. After transferring to Boston University with a transfer scholarship, and earning his Master’s in Education Administration and Leadership, he spent roughly a decade of his professional life in student services. Then, after several years in distance learning and academic affairs, which he became involved in through his PhD studies at New York University, he would eventually climb his way to his first Community College Presidency in a beautiful area of Wyoming for six years before eventually landing in his current role as the President at SUNY Broome Community College in Binghamton, NY

“BCC dramatically changed my life, while I never really thought my life needed big changes. But big changes happened thanks to the faculty and the staff at BCC opening my eyes fully to the world of opportunity around me. I will forever be grateful for my years at BCC.”