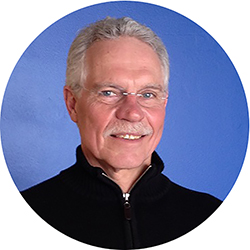 When Gary Bradway was a child his father, an electrician, would tell him that when he got older he should “work with his head.”

He took this advice to heart. The Stockbridge native opted to pursue engineering, first earning a bachelor’s degree from the former Lowell Technological Institute (UMass Lowell), followed by a master’s in physics from UMass Amherst.

He held a number of engineering positions at various companies including GTE Sylvania and GD Electric Boat. While he enjoyed the work, teaching was always in the back of his mind.

“In high school I had a couple of teachers who I really admired and learned quite a bit from,” stated Bradway. “I was impressed with how they were able to connect with students, so the possibility of teaching was something I always wondered about.”

Bradway was working at the former Lenox Machine, now known as GL&V, when he began teaching courses at Berkshire Community College (BCC) in 1986 for displaced workers. He taught courses in basic electricity and electronics, while others taught soldering techniques as well as soft skills. The intent was to provide a new skill set they could use to find employment.

He later was named assistant professor of engineering tech.

“When I first started in the field of engineering, people had a lot of practical, hands-on skills. While the field has evolved, the fundamentals of engineering have stayed the same. The need for a core curriculum of calculus and physics remains. The integration of technology and the virtual world is what has evolved and continues to change at a rapid pace. This is where the real challenge is,” he explained.

Approximately 50 students are enrolled in the Engineering Program each year. The program is rigorous. According to Bradway, the key to being a successful engineering student is time management.

“I tell students that engineering is a demanding program and that they need to establish priorities in order to be successful. This means studying and homework need to be at the top of the list and that ‘fun’ things (that they may rather want to do) need to be near the bottom. This is something students really struggle with - especially recent high school graduates. A large number of students who enroll in engineering programs (at institutions across the nation) never finish. Most often it is not due to lack of skills or how capable they are in math and science, but rather their lack of understanding of the demands of an engineering program,” said Bradway.

In the fall of 2014, he launched a new course, Intro to Engineering, geared to acclimate students to the program.

He notes that the job market for engineers is very good and that many of BCC’s students transfer to four-year institutions such as UMass, Clarkson University and Rensselaer Polytechnic Institute.

When he’s not teaching and there’s snow on the ground, chances are you can find Bradway on the slopes at Jiminy Peak. For the past 35 years, he has served as a coach and ski instructor for competitive youth teams on the weekends.

“Coaching young athletes has many of the same challenges and rewards as teaching students here at the college. Having an athlete do well at a race is similar to when a student does well on an exam.  And, having an athlete fall in a race has the same disappointment as when a student does poorly on an exam. In both situations, however, the athlete and student learn from their mistakes and improve. At Jiminy we have an athlete-scholar program where we recognize the athletes for their academic success. It is to reward the athletes for how hard they train on the slopes as well as for how well they perform in school and has nothing to do with having winning race results,” he said.

And, while he took his father’s advice about working with his head, it turns out he’s skilled with his hands as well. In the summer of 2014, he and his wife Sherrie renovated the entire kitchen in his Stephentown, N.Y. home. They’ve also renovated two bedrooms, two bathrooms, and added a deck. 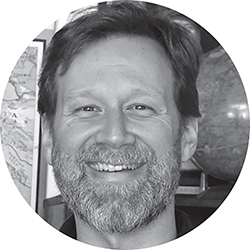