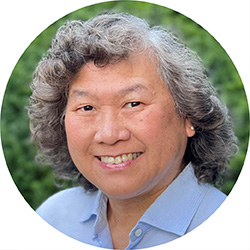 In 1982, Ronald Reagan was president, Michael Jackson’s album “Thriller” topped the charts and “Cheers” debuted on network television. It was also the year Janet Collins, fresh out of college, got a job at BCC as a computer lab assistant.

A graduate of the BCC Class of 1980, Janet went on to graduate North Adams State College (now MCLA) with a bachelor of science degree in computer science. Having grown up in North Adams, it was a natural choice, and she wanted to stay local for her career.

My first job was here at BCC, and I’ve been here ever since!” Janet exclaims with a laugh.

At that time, the only people using the computer lab were computer students, she says. One such student, John, later became her husband. They met when she was teaching in the lab.

As time went on, the computer lab evolved to using IBM PCs with 5¼-inch floppy disks, then smaller 3½-inch disks and eventually USB drives. Now, storage is handled in the cloud.

“It wasn’t until we got IBM PCs that we offered WordPerfect and Lotus 1-2-3. All of the sudden, students who were typing papers on typewriters started coming to the lab,” Janet recalls, noting that many students didn’t have computers at home then, and the lab remained nameless — simply known as the computer lab. “For me, the biggest change over the years has been the evolution of our computer equipment and programs,” she says. “When I started, we were teaching BASIC and COBOL programming languages.  Now we are teaching C++ programming language, Word and Excel.”

Fast forward 40 years. The computer lab is known as the Digital Commons and has moved from the Field Administration Building to the Jonathan Edwards Library. And, Janet — recently honored for her long years of service — is now an administrative assistant for Teaching and Learning Innovation and the administrator of the Moodle learning management system. The still-small department staff has grown from two full-time employees to four, plus a part-time person and faculty mentors. “The Center for Teaching and Learning Innovation (CTLI) is a wonderful team. We all work together like a well-oiled machine,” she says.

“I’ve gone from helping students to helping faculty,” Janet adds.
Known for her in-depth knowledge of Moodle, Janet is the person teachers often turn to for help. After all, she’s been there since the beginning, when Moodle replaced earlier learning management systems.

“When we transitioned to Moodle, I attended training sessions to learn the basics. Everything else I just learned as I went,” she says. “If I didn’t know it, I Googled it!”

During the pandemic, when classes transitioned from in-person to remote, Moodle became more important than ever, Janet says. Faculty members, including those who had never used Moodle, were suddenly faced with doing everything digitally.

That’s when things really took off,” Janet says. “Teachers who were used to doing everything in person started using Moodle to post and collect assignments. The CTLI spent a lot of time training the teachers on Moodle during the pandemic, and we offered course development workshops over the summer.”

Some teachers were not as eager as others to learn the system, Janet says, and there are a few who still don’t use it all. “There was a little resistance. Some faculty just did everything via email, but then there were some who surprised me,” she says. “They would say ‘no, this isn’t for me,’ and I would say, ‘Let’s just give it a try!’”

Starting with “baby steps,” Janet encouraged teachers to start by posting their syllabus, then handouts. “Little by little, they came around,” she says – some so much so that even though classes are offered in-person again, they choose to teach some courses online.

One of the important functions of the CTLI is to teach faculty how to make videos so they can record lectures and upload them online, and a multimedia creation “boot camp” was recently offered.  CTLI staff work with faculty to develop their courses by teaching them how to create online quizzes, assignments and discussion forums.

Similarly, students use Moodle to watch videos, particularly during the pandemic, when formerly in-person activities — such as student orientation sessions — moved completely online. “For students, the best way for them to learn Moodle is to use it. I say just log in and dive in,” Janet says. If they need help, they can turn to Knowledge Base, created by Coordinator of Academic Computing, Christian Tenczar, for a wide array of tutorials.

Despite all her hard work, Janet is never one to miss a fun social opportunity. She recalls one of her favorite memories: winning first prize in the holiday door decorating contest in 2011. “It was the year we were renovating many of the windows on campus, so my door looked like a window looking out on a snow scene,” Janet remembers. She gained a similar victory in 2021, when her department won the Halloween costume contest. They dressed as a Zoom meeting, complete with a frame for each person.

All fun aside, Janet says, BCC is a perfect place for students to start a college career, especially if they are unsure what they want to do.

I’ve heard from many students that they just took a few classes, found out they liked it and took off from there,” she says. “The same thing goes for people who are changing careers. Sometimes they take a workshop and then realize they like it here, so they start to take classes. The best thing you can do is try!”

Having experienced four decades as a BCC employee, Janet says the future of the College is bright. “Forty years ago, I would never have imagined where we are today. Technology moves quickly, so I don’t know exactly where it’s headed, but we’ve been keeping up with it and we will continue to do so.”

With no immediate plans to retire, Janet continues to solve technological problems and teach faculty the ins and outs of Moodle. In her spare time, she enjoys taking trips to the beach, going to concerts at Tanglewood, attending Broadway musicals and shows, visiting casinos and socializing with family and friends at her home in Pittsfield, which she shares with husband, John. Their son, Joe, lives in Dalton.

“It’s nice to be able to have at least small gatherings again,” she says. “We’re slowly getting there, little by little.”