BCC’s Gabriana Brooks Named one of “29 Who Shine”

Berkshire Community College student Gabriana Brooks has been chosen as one of the 2015 “29 Who Shine.” 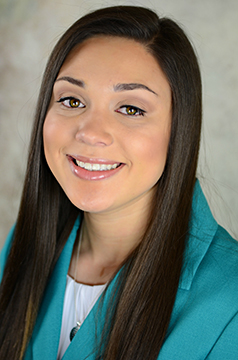 Presented by the Massachusetts Department of Higher Education, “29 Who Shine” recognizes outstanding students representing each of the 29 public campuses.

The honorees are being recognized today at the “29 Who Shine” awards ceremony at the Massachusetts State House. The students, who were chosen because of their academic achievements and record of student leadership and community service, stand poised to contribute greatly to the civic life and economic well-being of the state.

"I want to congratulate Gabriana Brooks and all 29 of the outstanding Class of 2015 graduates for the recognition they have received and thank them for their substantial contributions to their local communities," said Governor Charlie Baker. "Each of the '29 Who Shine' honorees, in addition to being an accomplished student, is civically engaged in ways that improve the quality of life in Massachusetts.”

The “29 Who Shine” awards ceremony celebrates the student honorees as well as a faculty or staff member whom each of them believe had the greatest impact on their college education and experience. Brooks selected BCC Professor of Life Sciences Fayette Reynolds.

Brooks began her academic career at BCC at the age of 16 through the institution’s Project Link Program, which provides courses, advising and educational skills training to prepare students to enter BCC degree and certificate programs. Now 18, she will graduate from BCC later this month as a Berkshire Honors Program Scholar.

In addition to maintaining a 3.92 GPA, Brooks has held several leadership roles on campus including: president of the Student Government Association, president of BCC’s Phi Theta Kappa chapter (an honor society for two-year institutions) and is a Student Ambassador, a leadership opportunity for students who are dedicated to serving and representing BCC.

She also organized BCC’s first book club, serves as a peer tutor to English for Speakers of Other Languages (ESOL) students, is a student representative for the Educational Affairs Committee and is a member of the Massachusetts Student Advisory Council.

She plans to complete a second degree in Biological Science at BCC before transferring to a four-year institution. Her long-term goal is to practice medicine in underserved communities.

More information on the “29 Who Shine” Awards is available at www.mass.edu/29whoshine/.