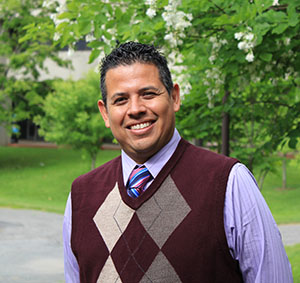 Advising. Ambriz moved from Nevada to the area in late May.

Previously, Ambriz was working as an Advisor/Success Coach at the College of Southern Nevada, a position he has held since 2015. Before that, he was an Employer Relations Coordinator and Admissions Counselor at the University of Nevada, Las Vegas (UNLV) from 2006-2015.

Ambriz is fluent in Spanish and English and is learning American Sign Language.