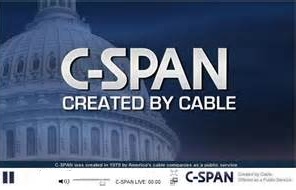 Senator Warren was elected to the United States Senate in 2012 and is recognized as one of the nation's top experts on bankruptcy and the financial pressures facing middle class families. She has introduced the Bank on Students Emergency Loan Refinancing Act, which, if passed, would allow borrowers to refinance their public and/or private student loans at lower interest rates.

“We are pleased that C-SPAN selected Senator Elizabeth Warren’s keynote speech at Berkshire Community College’s commencement ceremony to feature as part of its programming. The BCC Community is very excited to hear her remarks and we are grateful to have her speech reach the public on a national scale,” said BCC President Ellen Kennedy.

Senator Warren was a law professor for more than 30 years, including nearly 20 years as the Leo Gottlieb Professor of Law at Harvard Law School. She has written more than a hundred articles and ten books, including three national best-sellers. TIME Magazine twice named her one of the 100 most influential people in the world and in 2010 called her a "New Sheriff of Wall Street."

The speech will be aired on C-SPAN at a later date. It will also be available in the video section of C-SPAN’s website. To view C-SPAN’s Commencement Series, click here and enter “commencement” in the search tool.

BCC’s 55th Commencement will be held Fri., May 29 at 4:30 p.m. at Tanglewood in Lenox, Mass. The event is open to the public. No tickets are required.