Edson Chipalo, a Berkshire Community College (BCC) student, has been appointed community college segmental student advisor on the Massachusetts Department of Higher Education’s Board. In his new role, he will represent the 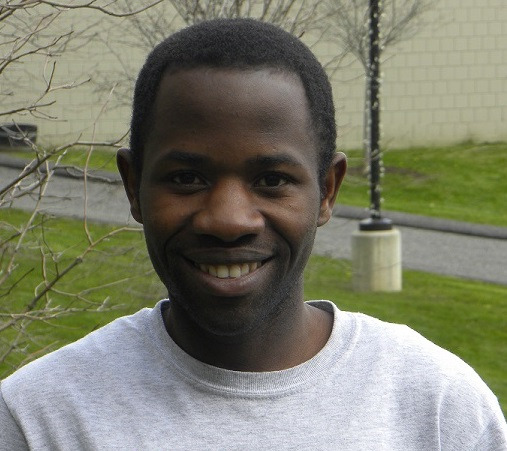 “I am delighted to welcome Edson to the Massachusetts Board of Higher Education,” said Commissioner of Higher Education for Massachusetts Richard M. Freeland. “As a first-generation college student with outstanding academic credentials, I have no doubt that he will serve his fellow community college students with distinction and bring to the Board’s attention any and all matters that impact his peers.”

The competitive election process required Chipalo, who currently serves as BCC’s student trustee on the institution’s Board of Trustees, to submit an application and letters of recommendation as well as participate in a debate with other student candidates.

Chipalo’s role on the Student Advisory Council (SAC), a group comprised of student trustees and presidents of student government associations throughout the Commonwealth, was created to establish a dialogue between student leaders from every public college and university in Massachusetts and the Board of Higher Education. Students representing the Massachusetts community colleges elected Chipalo to the non-voting position following the debate.

Originally from Zambia, Chipalo grew up in a village without electricity or running water. Orphaned after his parents died when he was a young child, he lived with his grandparents who are subsistence farmers. According to Chipalo, his childhood was very difficult and he was often depressed.

He eventually left Zambia and served as a volunteer/teaching assistant — working with children with disabilities in various locations throughout the world including Zambia, South Africa, England, Scotland and the United States.

Chipalo, who currently resides in Pittsfield, came to BCC in the fall of 2013.

He is an active participant in numerous student organizations including Phi Theta Kappa, a national honor society for students attending two-year colleges. In addition to serving as student trustee, he currently works as one of BCC’s Student Ambassadors and also serves on the BCC Board of Trustees Finance Committee. He is team captain of BCC’s intramural Cross Country Team and is a member of the BCC Club Soccer Team. He recently completed an internship with Berkshire United Way.

“Edson brings a unique perspective to BCC and his involvement on campus has been truly valuable. Edson has laser-like focus. He is extremely disciplined. When he sets his mind to doing something – he does it to the best of his ability. He is up to the challenge of serving as segmental student advisor and I know he will represent the Commonwealth’s community college students well,” said BCC President Ellen Kennedy

The Human Services major who is the first in his family to attend college maintains a 4.0 GPA, which has helped him to garner scholarships from the BCC Foundation and Berkshire Taconic Community Foundation’s New World Fund for immigrant students at BCC.