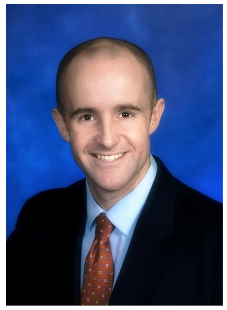 Commencement Exercises to be held June 3 at Tanglewood in Lenox, Mass.

Senator Downing was elected in 2006 at the age of 24. He was re-elected in 2008, 2010, 2012 and 2014. During his decade of service, Downing, who recently announced that he will not seek a sixth term, has represented 52 communities of the Berkshire, Hampshire, Franklin and Hampden District, the largest Senate District in the Commonwealth.

Ellen Kennedy, BCC’s president said, “Throughout his decade of service, Senator Downing has been a familiar face at our institution – always supportive and willing to help. He has been a true friend not only to BCC, but to so many important institutions and causes in the communities he represents. He’s a shining example for our students of the best qualities of public service—integrity, compassion and the clarity of purpose and commitment. We are thrilled that he will serve as our keynote speaker during his last term.”

Downing’s priorities have included clean energy, the environment, expanding broadband Internet access, the expansion of transgender rights and mitigating poverty. An advocate for higher education, he has worked to secure investments in higher education – including the multi-million dollar Center for Science and Innovation at Massachusetts College of Liberal Arts.

He chairs the Joint Committee on Telecommunications, Utilities and Energy and the Senate Committee on Redistricting; vice chairs committees on tourism and on audit and oversight; and is a member of the influential Ways and Means Committee.

Before his election to the Senate, Downing worked for U.S. Representatives William Delahunt, Richard Neal and John Olver. A Pittsfield native, his family has a long history of public service. He is the son of Pamela Downing and the late Berkshire District Attorney Gerard Downing.

He has earned numerous awards, including twice being selected Legislator of the Year by the Massachusetts Association of School Committees (2007, 2014). Most recently he was named the 2016 Public Advocate of the Year by the Food Bank Coalition of Massachusetts for his successful efforts to increase state funding for the Massachusetts Emergency Food Assistance Program. Earlier this week, he was honored at BCC’s 40 Under Forty Awards. Downing is part of the inaugural group of young professionals who are excelling in their industries through their leadership roles.

Downing received his B.A. in Political Science from Providence College in 2003 and an M.A. from Tufts University’s Department of Urban and Environment Policy & Planning in 2008.

He is married to Micaelah B. Morrill.

BCC’s 56th Commencement will be held Fri., June 3 at 4:30 p.m. at Tanglewood in Lenox. The event is open to the public. Tickets are not required.

For more details, including a complete biography, click here.